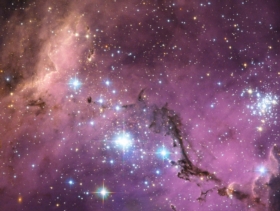 A new measurement of how fast space is expanding disagrees with estimates based on the early universe, potentially pointing toward a break from the standard model of physics