Sorry, no posts were found
Home THE UNIVERSE Miracle Microbes? 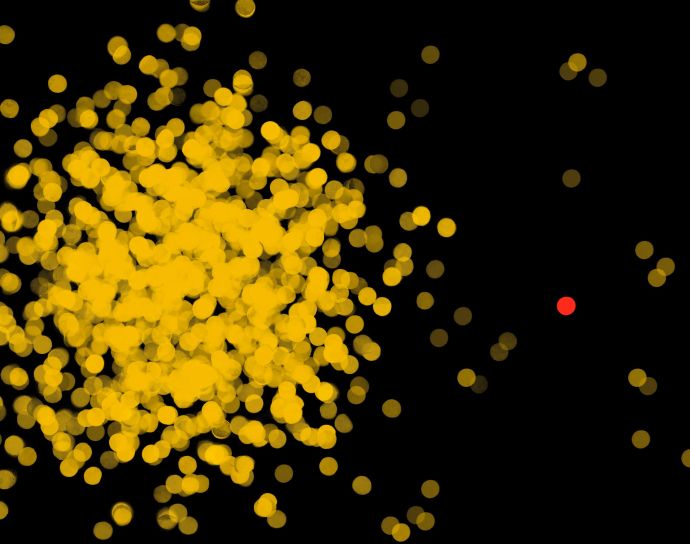 A simple new device makes countless bacterial species available to researchers. One of them may help defeat some of the world’s most terrifying ailments.

Once a year, when Slava Epstein was growing up in Moscow, his mother took him to the Exhibition of the Achievements of the National Economy, a showcase for the wonders of Soviet life. The expo featured many things—from industrial harvesters to Uzbek wine—but Epstein, who began going in the nineteen-sixties, when he was eight or nine, was interested primarily in one: the Cosmos Pavilion, a building the size of a hangar, with a ceiling shaped like a giant inverted parabola. Space fever was running high in the city. Since 1961, when Yuri Gagarin orbited the globe, unmanned vessels had been launched toward Mars and Venus. Beside the expo’s entrance, the towering Monument to the Conquerors of Space depicted a probe swooping up to the heavens.

The Pavilion displayed futuristic technology—Vostok rockets and Soyuz orbiters—but Epstein was less interested in the glories of advanced thruster design than in the glories of space. He wanted to devote himself to astronomy. When a textbook that he found on the topic began with algebraic formulas, he prodded his older brother to explain them. During high school, he enrolled in classes in physics and math at Moscow State University. His parents disapproved of his desired career: because he is half Jewish, Epstein would face harsh Soviet quotas limiting Jews in the study of physics, a field deemed relevant to national security. He ignored his parents. But after his first lecture the professor invited him for a walk, and affirmed what they had been saying all along. “Don’t do it,” he warned. “You’ll never get in.”

Soviet Russia may have been a fatalist’s paradise, but from a young age Epstein felt that he was hardwired for optimism. He convinced himself that what is truly important in science is the ability to connect ideas, no matter the field, and so he took up biology. Rather than telescopes, he would use microscopes, which he began taking with him on trips to the White Sea, near the Arctic Circle, to study protozoa along the shore—research that could be conducted with minimal state interference. Over time, he grew interested in even smaller, more ancient forms of life: bacteria.

Studying microbes inevitably causes a reordering of one’s perceptions: for more than two billion years, they were the only life on this planet, and they remain in many ways its dominant life form. Estimates of the number of bacteria—5,000,000,000,000,000,000,000,000,000,000—are higher than for all the stars, and Epstein noticed that when he stained his microbes with fluorescent dyes and placed them under a microscope they looked just like constellations in deep space. To a remarkable extent, the microbial cosmos was less explored than the actual cosmos: precisely how the organisms evolve, replicate, fight, and communicate remains unclear. Nearly all of microbiology, Epstein eventually learned, was built on the study of a tiny fraction of microbial life, perhaps less than one per cent, because most bacteria could not be grown in a laboratory culture, the primary means of analyzing them. By the time he matured as a scientist, many researchers had given up trying to cultivate new species, writing off the majority as “dark matter”—a term used in astronomy for an inscrutable substance that may make up most of the universe but cannot be seen.

For years, the microbial dark matter weighed on Epstein: how could such a vast and primordial form of life evade basic analysis? Was it possible to design an instrument that could probe the bacterial universe, as the rockets in the Cosmos Pavilion had probed space? About fifteen years ago, he came to believe that it was more than possible—it was simple. If such a device worked, it could not only help solve a great scientific mystery but also have profound practical importance.

The near-universal presence of bacteria in nature—from the deepest layer of the Earth’s crust to the upper atmosphere—is reflected in their protean applications. They can be used to make industrial foods, to engineer perfumes, to produce fuel or to clean it up. More than half the cells in the human body are microbial, and many of them exist as biological dark matter, too; learning how they function could offer countless insights into human longevity. For decades, microbes had been a source of essential pharmaceuticals: chemotherapies, blood thinners, and drugs crucial to organ transplants. From just the one per cent of bacterial life that scientists had been able to cultivate, researchers had derived virtually every antibiotic used in modern medicine.

At the time that Epstein began to consider how to gain access to the microbial dark matter, the search for new antibiotics had more or less come to a halt, while well-known pathogens, such as staph, tuberculosis, and enterococcus, were increasingly resistant to the available drugs. A small number of researchers warned that the rise of “superbugs” posed a looming public-health crisis of unprecedented proportions—a possible return to a pre-modern medical age, when common infections were deadly and simple surgeries were often too life-threatening to consider. What would access to even one per cent more of the bacterial universe mean? Perhaps millions of lives could be saved.