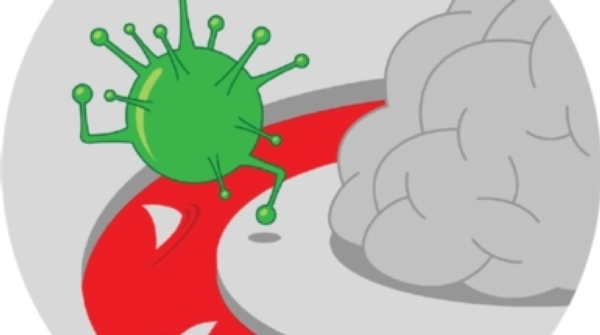 The harmless virus could deliver medicine throughout the brain

The brain presents a unique challenge for medical treatment: it is locked away behind an impenetrable layer of tightly packed cells. Although the blood-brain barrier prevents harmful chemicals and bacteria from reaching our control center, it also blocks roughly 95 percent of medicine delivered orally or intravenously. As a result, doctors who treat patients with neurodegenerative diseases, such as Parkinson’s, often have to inject drugs directly into the brain, an invasive approach that requires drilling into the skull.
Some scientists have had minor successes getting intravenous drugs past the barrier with the help of ultrasound or in the form of nanoparticles, but those methods can target only small areas. Now neuroscientist Viviana Gradinaru and her colleagues at the California Institute of Technology show that a harmless virus can pass through the barricade and deliver treatment throughout the brain.
Gradinaru’s team turned to viruses because the infective agents are small and adept at entering cells and hijacking the DNA within. They also have protein shells that can hold beneficial deliveries, such as drugs or genetic therapies. To find a suitable virus to enter the brain, the researchers engineered a strain of an adeno-associated virus into millions of variants with slightly different shell structures. They then injected these variants into a mouse and, after a week, recovered the strains that made it into the brain. A virus named AAV-PHP.B most reliably crossed the barrier.
Next the team tested to see if AAV-PHP.B could work as a potential vector for gene therapy, a technique that treats diseases by introducing new genes into cells or by replacing or inactivating genes already there. The scientists injected the virus into the bloodstream of a mouse. In this case, the virus was carrying genes that encoded green fluorescent proteins. So if the virus made it to the brain and the new DNA was incorporated in neurons, the success rate could be tracked via a green glow on dissection. Indeed, the researchers observed that the virus infiltrated most brain cells and that the glowing effects lasted as long as one year. The results were recently published in Nature Biotechnology.
In the future, this approach could be used to treat a range of neurological diseases. “The ability to deliver genes to the brain without invasive methods will be extremely useful as a research tool. It has tremendous potential in the clinic as well,” says Anthony Zador, a neuroscientist who studies brain wiring at Cold Spring Harbor Laboratory. Gradinaru also thinks the method is a good candidate for targeting areas other than the brain, such as the peripheral nervous system. The sheer number of peripheral nerves has made pain treatment for neuropathy difficult, and a virus could infiltrate them all.