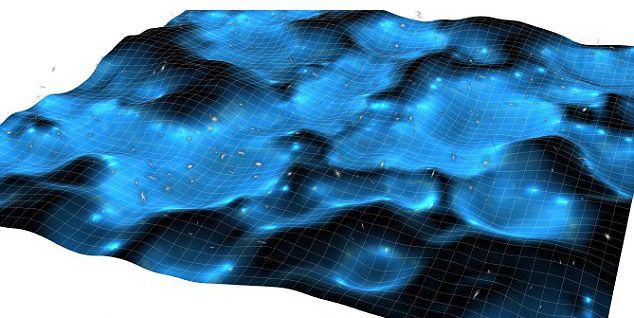 The model maps the relationships between the curvature of space, time and matter

The research teams – from a number of European and US institutions – created two computer codes they say will “lead to the most accurate possible models of the universe” and “provide new insights into gravity and its effects”. Because the theory is so complex, physicists have never before modelled the universe without having to simplify it.

The new codes are “the first” to use the complete theory ofrelativity, and “account for the effects of the clumping of matter in some regions…and the lack of matter in others.” “This is a really exciting development that will help cosmologists create the most accurate possible model of the universe,” said Marco Bruni, who works at the Institute of Cosmology and Gravitation. “Over the next decade we expect a deluge of new data coming from next generation galaxy surveys, which use extremely powerful telescopes and satellites to obtain high-precision measurements of cosmological parameters – an area where ICG researchers play a leading role. To match this precision we need theoretical predictions that are not only equally precise, but also accurate at the same level.” “These new computer codes apply general relativity in full and aim precisely at this high level of accuracy, and in future they should become the benchmark for any work that makes simplifying assumptions.”
The model is able to map the relationships between the curvature of space and time and the matter in the universe itself.

The team says “more work” will be needed in the future to fully understand the differences between more simplified simulations and the full model.
“In the end, as always in physics, it will be the interplay between theory and observations that will further our understanding of the universe,” said Bruni.

Source: This ‘map of the universe’ is the first full model of Einstein’s theory of relativity