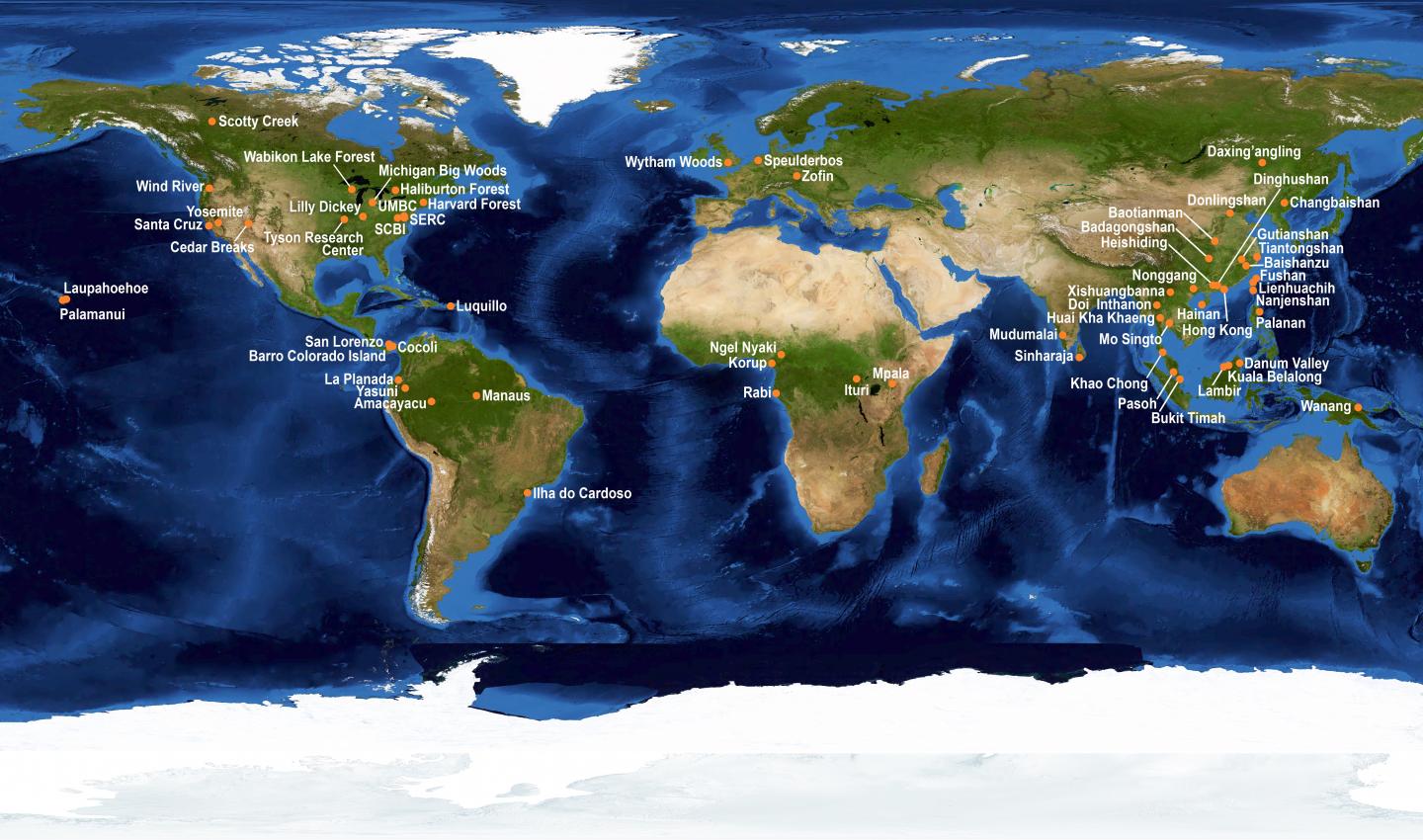 Discovering that the association between trees and two classes of underground mycorhizzal fungi can be detected from space is a huge leap forward in our ability to understand how forests change on a large scale because the fungi are indicators of forest nutrient uptake.

Just as a person’s skin indicates if s/he has a healthy diet, colored satellite images of forests in the Smithsonian’s Forest Global Earth Observatory (ForestGEO) indicate if a forest has a healthy diet. Information about the trees’ access to nutrients based on its relationships with two different types of underground fungi is now detectable from space, making it possible for scientists to measure ecosystem productivity and responses to environmental change on vast scales.

“Every tree species has a distinct spectral signal, a kind of measurable aura,” said Sean McMahon, temperate program coordinator of the ForestGEO network. “Now we can tell who their underground friends are, an indicator of their nutrient status, from the sky.”

Trees form beneficial relationships with soil fungi. The thread-like hyphae of the fungi spread out like a huge net through the soil, helping trees gather water and nutrients in exchange for sugars made by the trees’ photosynthesis. Joshua Fisher from NASA’s Jet Propulsion Laboratory and UCLA and his colleagues developed a way to detect and map the associations between forests and fungi.

They compared Thematic Mapper radiance data from Landsat satellites with traditional data about fungal associations of different species from 130,000 individual trees in long-term forest-monitoring plots at the Smithsonian’s Conservation Biology Institute in Virginia, the Lilly-Dickey Woods in Indiana, Wabikon in Wisconsin’s Chequamegon-Nicolet Forest and at the Tyson Research Center in Missouri.

Based on the spectral data, they could tell whether trees formed associations with ectomycorrhizal fungi (ECM), that only grow on and around root cells, or arbuscular mycorrhizal fungi (AM), which penetrate the cells. Scientists knew which tree species associate with which fungi, but would have been impossible to map every single tree across landscapes or continents by hand.

Fungal associations indicate complex processes that are much harder to get a handle on.

Researchers in the 30-year-old ForestGEO network have accumulated an enormous amount of knowledge from forests around the world. In addition to studying the relationship between tree species and fungi, they map and measure more than six million individual trees at five-year intervals, take data on seasonal changes and measure leaf spectral properties using canopy cranes and drones, airplanes equipped with LiDAR technology and other tools that allow information to be integrated from local scales up to global scales.

The team will extend the analysis to more of the 63 research plots in the Smithsonian’s ForestGEO network where scientists use the same methods, making the global comparisons needed to understand climate change, pollution and deforestation and reforestation possible.