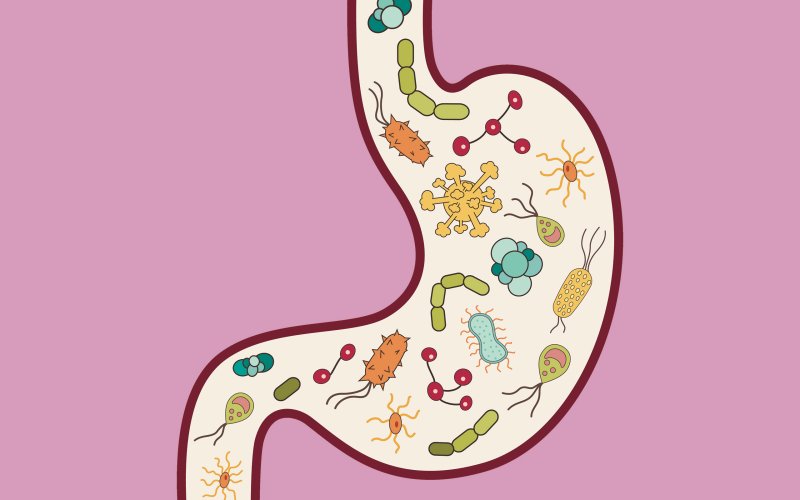 Researchers are just now starting to link inflammation in your gut with some of the most deadly and debilitating diseases we have.

Why are we making such little progress in our attempts to uncover the causes of various forms of brain degeneration? These days we frequently hear about breakthroughs in our understanding of diseases like cancer, heart disease, diabetes, and arthritis, but when the discussion turns to the brain, there seems to be very little news.
Medical research continues to operate with a reductionist mentality. The human body is looked upon as simply a compilation of various parts and systems, and each of these is looked upon as functioning independent of the others.
Many attribute the tenants of reductionism to the 17th-century French philosopher and mathematician Renée Decartes, who, in 1637, proposed that the world and all living beings were basically like machines, made up of clockwork mechanisms. In his Discourses, he argued that animate beings could be taken apart, studied, and then reassembled to gain a better perspective as to the meaning of the larger picture.

And so it is that, by and large, research endeavors attempting to understand what causes the brain to degenerate in conditions like Parkinson’s disease or ALS focus on the nervous system. These are devastating conditions for which modern medicine offers up no cure. And it may well be that clinging to this reductionist approach—one that sees the brain and its myriad diseases as existing apart from the rest of the body—underlies our failure to uncover the causes and therefore treatments for some of our most feared maladies.
The counter to this pervasive reductionist mentality is the notion of holism. Holism celebrates the panorama of interrelationships between various body parts and systems and embraces the notion that each of these seemingly disparate parts actually nurtures the others.
Here’s another way of looking at it. If a football team is unable to gain yardage, a reductionist perspective would focus exclusively on the quarterback. A holistic perspective, on the other hand, takes a step back and looks at the entire team. It recognizes, for example, that the offensive line plays an important role by protecting the quarterback and giving him time to execute the play while the running backs and receivers also play crucial roles in determining a positive outcome.
Parkinson’s disease is the world’s second-most common neurodegenerative condition. By the year 2030, it’s predicted that the global burden of this disease will affect nearly 10 million people. Unfortunately, researchers remain almost exclusively focused on the quarterback with countless millions of dollars dedicated to “brain research” in an attempt to unravel the mystery of this condition.
Fortunately, vanguard researchers are now recognizing the merits of a more holistic approach. Take researchers at Rush University Medical Center, for one. They’ve begun publishing data demonstrating the significant bowel issues associated with Parkinson’s disease that may actually have a role in its cause.
Dr. Christopher B. Forsyth and his team have recently demonstrated significant gut permeability, more commonly referred to as “leaky gut” in Parkinson’s patients. Their research has further revealed that this increase in gut leakiness enhances inflammation as well as the production of a unique protein—alpha-synuclein—both of which are characteristic of this disease.
This is beyond groundbreaking, it is iconoclastic in that it represents a break from the long-held mentality that brain disease must arise in the brain.
ALS affects as many as 30,000 in the United States, with 5,000 new cases being diagnosed each year. While considerably less common than Parkinson’s disease, ALS is almost uniformly fatal.
And despite the sudden increase in funding for ALS research resulting from the “ice bucket challenge,” again, it may well be that we are simply looking in the wrong place.
In research headed by Dr. Rongzhen Zhang at the University of California, San Francisco, he and his team discovered that, like the Parkinson’s research had revealed, in ALS there is also an increase in the leakiness of the gut. And again, like in Parkinson’s, their research revealed that this mechanism caused a robust increase in inflammation, a mechanism that has long been known to be associated with ALS.
These are but two examples of a welcomed change in mentality as it relates to medical research. Inflammation, as a mechanism, is thought to underlie virtually every degenerative condition that humans experience—including Alzheimer’s disease, coronary artery disease, diabetes, and even cancer. And it has become clear that the integrity of the lining of the gut plays a fundamental role in determining the degree of inflammation that the human body experiences.
One of the most important elements involved in maintenance of gut wall integrity is the degree of balance and diversity of the various organisms that live within the gut. These organisms and their genetic material are collectively referred to as the human microbiome.

The microbiome is tasked with shoring up the gut lining and therefore reducing permeability. This helps to reduce inflammation in human physiology. When the gut bacteria are altered by any number of events—including overusage of antibiotics, exposure to environmental toxins, and even inappropriate food choices—the integrity of the gut lining can be challenged.
So the dots are being connected. As researchers break the bonds of reductionism and venture forth looking outside of the brain, exciting information is being revealed that may well pave the way to understanding—and possibly curing—devastating neurological disorders. As it turns out, we are just beginning to understand how critical a role is played by the gut bacteria in terms of virtually every aspect of human health and disease. Indeed, it’s a very humbling notion to recognize that microscopic bacteria living within us may be charting our brain’s destiny.
Ironically, Decartes himself may have been first to recognize the importance of the “gut-brain connection” when he wrote this: “Even the mind depends so much on temperament and the disposition of one’s bodily organs that, if it is possible to find a way to make people generally more wise and more skilful than they have been in the past, I believe that we should look for it in medicine. It is true that medicine as it is currently practiced contains little of much use.”

Source: The Cure for Brain Diseases Is in Your Gut – The Daily Beast