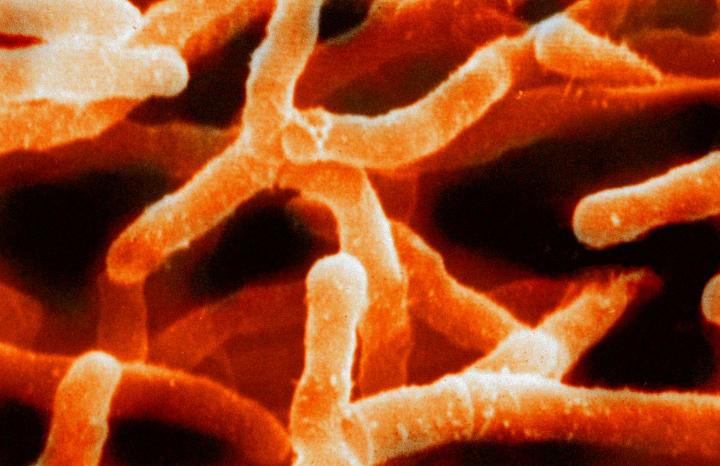 Earth could contain nearly 1 trillion species, with only one-thousandth of 1 percent now identified, according to a study from biologists at Indiana University.

The estimate, based on the intersection of large datasets and universal scaling laws, appears May 2 in the Proceedings of the National Academy of Sciences. The study’s authors are Jay T. Lennon, associate professor in the IU Bloomington College of Arts and Sciences’ Department of Biology, and Kenneth J. Locey, a postdoctoral fellow in the department.

The IU scientists combined microbial, plant and animal community datasets from government, academic and citizen science sources, resulting in the largest compilation of its kind. Altogether, these data represent over 5.6 million microscopic and nonmicroscopic species from 35,000 locations across all the world’s oceans and continents, except Antarctica.

“Until recently, we’ve lacked the tools to truly estimate the number of microbial species in the natural environment,” he added. “The advent of new genetic sequencing technology provides an unprecedentedly large pool of new information.”

The work is funded by an effort of the National Science Foundation to transform, by 2020, understanding about the scope of life on Earth by filling major gaps in humanity’s knowledge about the planet’s biodiversity.

“This research offers a view of the extensive diversity of microbes on Earth,” said Simon Malcomber, director of the NSF’s Dimensions of Biodiversity program. “It also highlights how much of that diversity still remains to be discovered and described.”

Microbial species are all forms of life too small to be seen with the naked eye, including all single-celled organisms, such as bacteria and archaea, as well as certain fungi. Many earlier attempts to estimate the number of species on Earth simply ignored microorganisms or were informed by older datasets that were based on biased techniques or questionable extrapolations, Lennon said.

“Older estimates were based on efforts that dramatically under-sampled the diversity of microorganisms,” he added. “Before high-throughput sequencing, scientists would characterize diversity based on 100 individuals, when we know that a gram of soil contains up to a billion organisms, and the total number on Earth is over 20 orders of magnitude greater.”

These data sources — and many others — were compiled to create the inventory in the IU study, which pulls together 20,376 sampling efforts on bacteria, archaea and microscopic fungi and 14,862 sampling efforts on communities of trees, birds and mammals. All of these sources were either publically available or provided access to IU.

“A massive amount of data has been collected from these new surveys,” said Locey, whose work included programming required to compile the inventory. “Yet few have actually tried to pull together all the data to test big questions.

“We suspected that aspects of biodiversity, like the number of species on Earth, would scale with the abundance of individual organisms,” he added. “After analyzing a massive amount of data, we observed simple but powerful trends in how biodiversity changes across scales of abundance. One of these trends is among the most expansive patterns in biology, holding across all magnitudes of abundance in nature.”

Scaling laws, like those discovered by the IU scientists, are known to accurately predict species numbers for plant and animal communities. For example, the number of species scales with the area of a landscape.

“Until now, we haven’t known whether aspects of biodiversity scale with something as simple as the abundance of organisms,” Locey said. “As it turns out, the relationships are not only simple but powerful, resulting in the estimate of upwards of 1 trillion species.”

The study’s results also suggest that actually identifying every microbial species on Earth is an almost unimaginably huge challenge. To put the task in perspective, the Earth Microbiome Project — a global multidisciplinary project to identify microscope organisms — has so far cataloged less than 10 million species.

“Of those cataloged species, only about 10,000 have ever been grown in a lab, and fewer than 100,000 have classified sequences,” Lennon said. “Our results show that this leaves 100,000 times more microorganisms awaiting discovery — and 100 million to be fully explored. Microbial biodiversity, it appears, is greater than ever imagined.