Home THE UNIVERSE In Warm, Greasy Puddles, The Spark Of Life? | Quanta Magazine 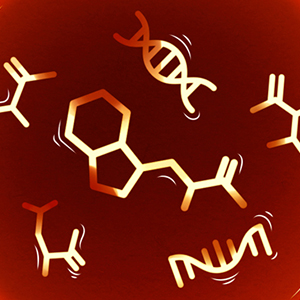 The biologist David Deamer proposes that life evolved from a collection of interacting molecules, probably in a pool in the shadow of a volcano.

For the past 40 years, David Deamer has been obsessed with membranes. Specifically, he is fascinated by cell membranes, the fatty envelopes that encase our cells. They may seem unremarkable, but Deamer, a biochemist at the University of California, Santa Cruz, is convinced that membranes like these sparked the emergence of life. As he envisions it, they corralled the chemicals of the early Earth, serving as an incubator for the reactions that created the first biological molecules.
One of the great initial challenges in the emergence of life was for simple, common molecules to develop greater complexity. This process resulted, most notably, in the appearance of RNA, long theorized to have been the first biological molecule. RNA is a polymer — a chemical chain made up of repeating subunits — that has proved extremely difficult to make under conditions similar to those on the early Earth.
Deamer’s team has shown not only that a membrane would serve as a cocoon for this chemical metamorphosis, but that it might also actively push the process along. Membranes are made up of lipids, fatty molecules that don’t dissolve in water and can spontaneously form tiny packages. In the 1980s, Deamer showed that the ingredients for making these packages would have been readily available on the early Earth; he isolated membrane-forming compounds from the Murchison meteorite, which exploded over Australia in 1969. Later, he found that lipids can help form RNA polymers and then enclose them in a protective coating, creating a primitive cell.
Over the past few years, Deamer has expanded his membrane-first approach into a comprehensive vision for how life emerged. According to his model, proto-cells on the early Earth were made up of different components. Some of these components could help the proto-cell, perhaps by stabilizing its protective membranes or giving it access to an energy supply. At some point, one or more RNAs developed the ability to replicate, and life as we know it began to stir.
Deamer thinks that volcanic landmasses similar to those in Iceland today would have made a hospitable birthplace for his proto-cells. Freshwater pools scattered across steamy hydrothermal fields would be subject to regular rounds of heating and cooling. That cycle could have concentrated the necessary ingredients — including both lipids and the building blocks for RNA — and provided the energy needed to stitch those building blocks into biological polymers. Deamer is now trying to re-create these conditions in the lab. His goal is to synthesize RNA and DNA polymers.
Quanta Magazine spoke with Deamer at a conference on the origins of life in Galveston, Texas, earlier this year. An edited and condensed version of that conversation follows.
QUANTA MAGAZINE: What have been the biggest accomplishments of researchers seeking to understand life’s origins? What questions remain to be solved?
DAVID DEAMER: We have really made progress since the 1950s. We have figured out that the first life originated at least 3.5 billion years ago, and my guess is that primitive life probably emerged as early as 4 billion years ago. We also know that certain meteorites contain the basic components of life. But we still don’t know how the first polymers were put together.
Scientists disagree over how to define life. NASA has come up with a working definition: an evolving system that can make more of itself. Is that sufficient?
Life resists a simple abstract definition. When I try to define life, I put together a set of a dozen properties that don’t fit anything not alive. A few of them are simple: reproduction, evolution, and metabolism.
Many scientists study individual steps in the emergence of life, such as how to make RNA. But you argue that life is a system, and it began as a system. Why?
DNA is the center of all life, but it can’t be considered alive even though it has all the information required to make a living thing. DNA cannot reproduce by itself. Put DNA in a test tube with water, and it just slowly breaks into different pieces. So right away, you see the limitation of thinking about single molecules as being alive.
 
To get a bit of what we call growth, you have to add the subunits of DNA, an enzyme to replicate the DNA, and energy to power the reaction. Now we have molecules that can reproduce themselves if they have certain ingredients. Are they alive yet? The answer is still no, because sooner or later the subunits are used up and reproduction comes to a screeching halt. So how do we get to a system that’s really alive? That’s what we and others are trying to do. The only way we can think of is to put DNA into a membranous compartment.
Why are compartments so important?
A car doesn’t function unless you’ve enclosed it; you need to keep the pieces in place. For the origin of life, you can’t have evolution without isolated systems—compartments that are competing for energy and nutrients. It’s like giving chemists chemicals but no test tubes. You can’t do chemistry without a compartment. On the early Earth, each membrane was an experiment in life.
What do you think Earth looked like when life emerged?
There was a global ocean, probably salty, with volcanic landmasses resembling Hawaii or Iceland or even Olympus Mons on Mars. Precipitation on the islands produced freshwater pools that were heated to boiling by geothermal energy, then cooled to ambient temperature by runoff. Contemporary examples include the hydrothermal fields I have visited in Kamchatka, in Russia, and Bumpass Hell on Mount Lassen, in California, where we do field work.

Why would these pools have been a likely birthplace for life?
Organic compounds accumulated in the pools, washed there by precipitation that rained down on the volcanic landmasses. The pools went through wetting and drying cycles, forming a concentrated film of organic compounds on the rocks like the ring in a bathtub. Within that film, interesting things can happen. Lipids can self-assemble into membrane-like structures, and the subunits of RNA or other polymers join together to create long chains.
You’ve found that lipids can help form RNA. How does this work?
We have developed a method for joining together the individual subunits of RNA to make a long chain. We start with the molecules AMP, adenosine monophosphate, and UMP, uridine monophosphate, which are two of the building blocks of RNA. In water, the subunits simply dissolve and can’t form longer chains. We discovered that if you trap the AMP subunits between layers of lipids, the subunits line up. When you dry them, they form a polymer. The wet-dry cycle also creates lipid droplets that encapsulate the polymers.
Now we’re trying to recreate that process in the lab under the sort of conditions you’d find in a hydrothermal field. We use half-hour wet-dry cycles to simulate what happens at the edge of pools. We have shown we can make polymers ranging from 10 to over 100 units.
And you believe this is what happened on Earth?
We are testing the possibility that what we see in the lab can also unfold in a site that resembles early Earth, such as Bumpass Hell on Mount Lassen. My colleague Bruce Damer and I were up there last September, testing whether the hot gases coming out of a fumarole could drive the reaction that makes RNA polymers. The results are very preliminary and need to be repeated, but we did see evidence of polymers.
You likened the droplets to test tubes, with each being an experiment in life. What would qualify as a successful experiment?
 Deamer proposes that biological molecules evolved in hydrothermal pools. Layers of lipids would build up on the edges of the pool, trapping chemicals and encouraging the growth of RNA (red lines). Lipid-bound droplets would then peel off from these layers, creating RNA-filled proto-cells.

The idea is that each [droplet] will enclose a mixture of random polymers. Rare protocells may house collections of polymers with specific functional properties. For example, some polymers might help stabilize the cell membrane, extending its lifespan. Others might make pores in the membrane, allowing nutrients to enter the cell. Still others might catalyze reactions, converting those nutrients into something the cell needs. These RNA-based enzymes are called ribozymes. We want to see if we can detect functional polymers among the trillions of random-sequence polymers we generate.
What would be the most exciting possible discovery in this system?
To get the thing to replicate would be a big deal. To do that, we need a ribozyme that makes our polymerization reaction go faster. But we have a long way to go before we can find that kind of ribozyme.
Once scientists are capable of making life in the lab, will we understand how life originated on Earth?
We’ll probably be able to make lab life, but I’m not sure we can claim that’s how life began. The life we’re trying to synthesize is going to be a very technical life, based in a lab with clean reagents and so forth. I’m not sure we can call that the origin of life until it becomes a self-growing system, until we put that system in an outside environment and watch it grow.
Although we will never know with certainty how life did begin, it seems eminently possible that we will understand how life can begin on any habitable planet, such as the early Earth and perhaps Mars.
This article was reprinted on TheAtlantic.com.