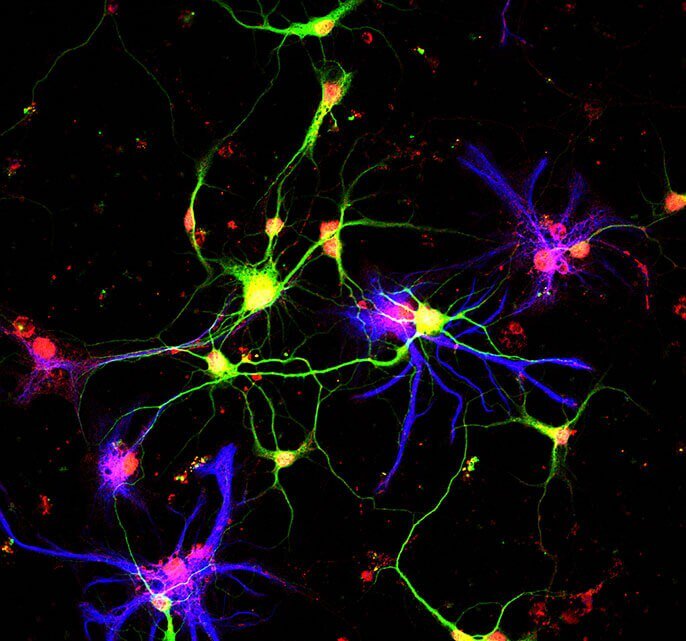 After a stroke, there is inflammation in the damaged part of the brain. Until now, the inflammation has been seen as a negative consequence that needs to be abolished as soon as possible. But, as it turns out, there are also some positive sides to the inflammation, and it can actually help the brain to […]

After a stroke, there is inflammation in the damaged part of the brain. Until now, the inflammation has been seen as a negative consequence that needs to be abolished as soon as possible. But, as it turns out, there are also some positive sides to the inflammation, and it can actually help the brain to self-repair.
“This is in total contrast to our previous beliefs”, says Professor Zaal Kokaia from Lund University in Sweden.
Zaal Kokaia, together with Professor of Neurology Olle Lindvall, runs a research group at the Lund Stem Cell Center that, in collaboration with colleagues at the Weizmann Institute in Israel, is responsible for these findings. Hopefully, these new data will lead to new ways of treating stroke in the future. The study was recently published in the international Journal of Neuroscience.
When stroke occurs, the nerve cells in the damaged area of the brain die, causing an inflammation that attracts cells from the immune system. Among them you find monocytes — a type of white blood cells produced in the bone marrow.
The monocytes travel to the inflamed area, and here they develop into macrophages that clear out any dead tissue. But this is not all that they do: they also secrete substances that help the brain repair the damage.
“This is what we, together with Michal Schwartz’s research group in Israel, have been able to show”, says Zaal Kokaia.
Most stroke patients recover at least partly over time. This spontaneous improvement is well known, but not its exact cause. The Lund researchers now believe that the improvement is partly due to the substances released by the immune cells.
In their study, they actually performed the opposite: in animal model of stroke they were able to ablate monocytes from the blood. Mice with decreased number of circulating monocytes were much less successful in their recovery from stroke than mice whose immune system was functioning as normal.
Today’s treatment against stroke primarily involves dissolving or removing the blood clot that caused the stroke. However, such treatments must be performed in the very early phase after the insult, which means that most stroke patients are too late to receive it. A future treatment method — one that could be based on the Lund researchers’ new findings and that aims to promote self-healing — could be implemented later. This treatment could start at some point within the first few weeks, rather than within the first few hours after a stroke.
The Lund researchers have focused on what happens in the brain during this later stage. Among other things, they were the first to show that, after a stroke, the brain produces new nerve cells from its own stem cells. They now want to proceed with animal experiments to see if the self-healing can be improved by adding more monocytes to the brain, or by stimulating the production of monocytes in bone marrow.
“Obviously, there is a difference between mice and humans, but there is no indication that our brains function differently in this regard”, says Olle Lindvall.
He further argues that this new insight concerning the positive effects of inflammation could also be applied to other diseases. The Lund research group’s collaborators from Israel have obtained similar results in cases of spinal cord injury.
“This is no less than a paradigm shift within research, as inflammation has in many instances been seen as a purely negative phenomenon that should be combatted using any means available. We now realise that this view is much too simplistic”, says Olle Lindvall.

Source: Immune cells help the brain to self-heal after a stroke – ScienceBlog.com