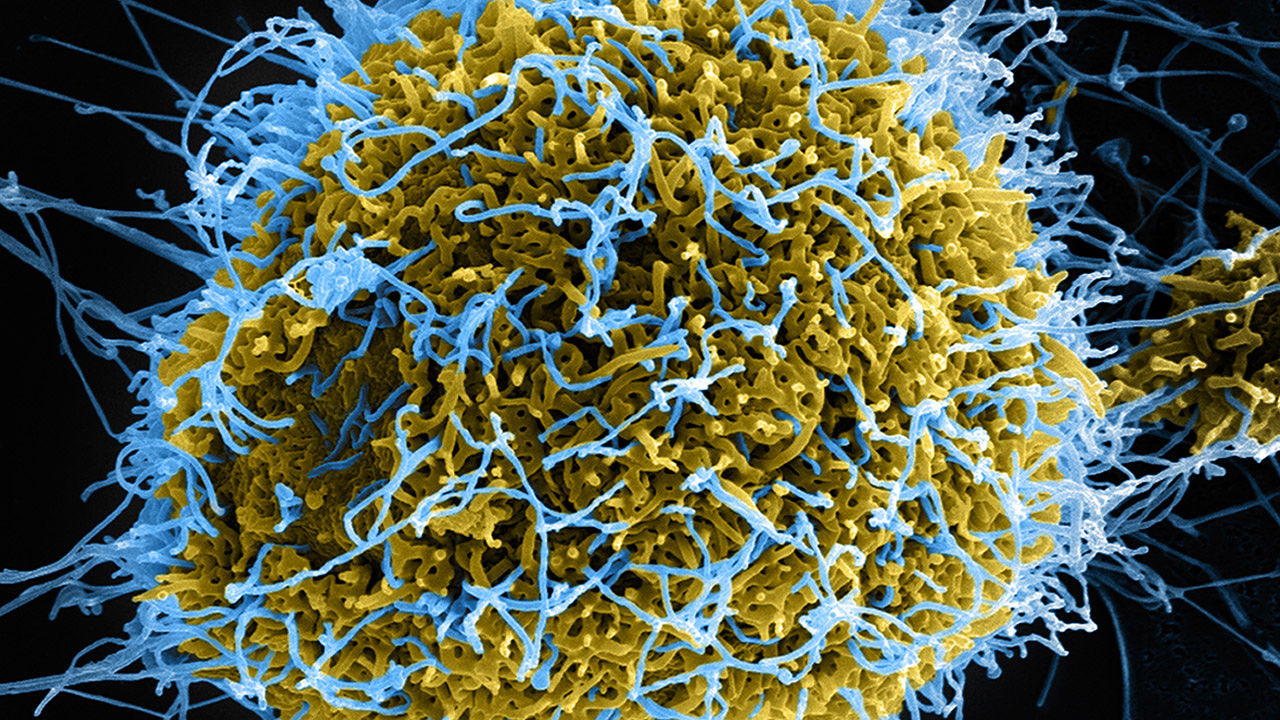 Working with Singapore researchers, IBM has engineered a chemical that blocks viruses like Zika, Ebola, dengue, influenza, herpes, and more.

SEAN CAPTAIN 05.11.16 9:00 AM
Soon your bathroom might have antimicrobial soap that doesn’t just kill bacteria, but also wipes out Ebola, Zika, dengue, or herpes. That’s the promise of a new chemical just announced by IBM and the Institute of Bioengineering and Nanotechnology (IBN) in Singapore. Such a soap is just one of the potential uses of this “macromolecule,” says James Hedrick, one of the lead researchers on the project at IBM’s Almaden Research Center in San Jose, CA. If taken as a medication, the macromolecule would also have two ways to protect cells from any virus that does get past the first defense.

“It’s almost a daunting task to design any kind of therapeutic for a virus,” says Hedrick, because they are so varied. Some use DNA to carry their genetic instructions, and some use RNA. Some come wrapped in a membrane, some don’t. But all viruses mutate quickly, sidestepping chemicals designed to precisely attack them. Working with a bunch of research institutions, IBM and Singapore’s IBN instead invented a chemical that attacks something fundamental to all viruses—something that mutations don’t change.

TRIPLE THREAT
“We began to think, how can we move forward and kind of attack the virus in a very different way,” says Hedrick. “Instead of going after its RNA or DNA, we looked at the glycoproteins that surround…the virus.” No matter what the virus and how it mutates, it’s going to have these substances on the surface; they have electric charges (some positive, some negative) that a chemical can stick onto. What the researchers developed is a polymer that adheres to the virus, blocking it from hooking onto a victim cell in the body. That’s step one. The macromolecule can also stick to immune cells such as macrophages, blocking the spot where a virus would attach. (It’s very unlikely for the same macromolecule to attach to both a virus and an immune cell.) The giant molecule is decorated (actual scientific term) with a sugar called mannose. “The way we look at it, it’s kind of like honey, right. It’s kind of sticky,” says Hedrick. Technically, it forms hydrogen bonds to mannose receptors on the human cell. “We can now competitively go after this cell faster than the virus can go after your immune cell. And once we block those receptors, we prevent infection,” says Hedrick. The mannose sugar, it turns out, also blocks the macromolecule’s toxic effects, according to a paper the researchers published.

If a virus somehow gets past both barriers, the macromolecule has one more trick: It’s basic—as in the opposite of acidic. It neutralizes some of the acidity in the human cell, which ruins the virus’s ability to replicate even if it does get in. The macromolecule could be used to treat people who are already sick or even to prevent them from getting infected. “If you went to, say, Southeast Asia where dengue runs amok…you could basically get a temporary kind of vaccine,” says Hedrick.

Assuming it works as well as the researchers say, the macromolecule couldn’t come soon enough to handle frightening outbreaks like Zika, Ebola, and chikungunya. But it hasn’t quite come yet. “My gut feeling is, something like a wipe, something like a hand cleaner is going to be relatively straightforward to move to market,” says Hedrick. “It you market it as a true antiviral, I would imagine it would take 3, 4, 5 years maybe maximum.” Getting the macromolecule into humans, where it uses all three of its powers, would require clinical trials than could extend over several years.

The company that made typewriters and hard drives, and now sells cloud computing services, also dabbles in a broad range of other research at the Almaden facility. A bit unclear is where the technology goes from here. “Obviously IBM is not going to make a wipe,” says Hedrick. “We would do it through a consumer product company.” IBM, in fact, would want to hand off most or all development of the macromolecule to other business partners—to lab do testing, clinical trails, and product development—and the company is currently seeking academic and industrial partners to deliver this technology to society. “Ultimately we always want to work with [a] pharma company or a personal care company,” says Hedrick. “but for right now, most of our collaborations are with may different academic partners.”

One clear way that biological research fits IBM is that it links into the company’s cognitive computing work: The macromolecule was designed in a computer. It’s since been tested successfully in the lab against Ebola, dengue, Marburg, influenza, chikungunya, Enterovirus 71, and herpes simplex—representatives of all the major types of viruses, says Hedrick. Even after the viruses mutated, the macromolecule stayed just as effective, he says. Zika is next on the list to test, and because it’s very similar to a form of dengue that Hedrick has already tested, he’s optimistic that Zika will yield to the macromolecule, as well.

“It started with a gut feeling and a little bit of luck,” says Hedrick, but it progressed as we began to add the cognitive component to it much more rapidly.” (Hedrick has not yet used the heralded Watson AI platform, but has utilized other IBM computing tools.) It was the computer modeling that first showed how well the polymer would bind or “dock” to all types of viruses—the key function that made the whole thing possible. “We had a couple years of horrible frustration,” says Hedrick. “And then once we had that aha moment, from how the molecule was docking and how it was interacting…then it just roared.”